Loving, Learning, and Growing, all with only a pen.

The Violin Conspiracy by Brendan Slocumb was a transforming and confirming read. It reminded me that I am not responsible for every racial enlightenment of those who wish to put me in the box of a little black girl from the West side of Dayton. However, I can push forward in my goals using a strong foundation of faith, intelligence, and dignity. By using my talents, no matter how rare others may think they are, I will ultimately win the battle that often I even forget I am fighting. I don’t forget because my skin color changes or is fluid as in many other aspects of society; I forget because proving to you, that I am who God says I am is not my focus.

Let’s talk about this book! 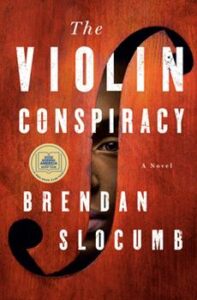 Rayquan McMillian is a musician. Rayquan McMillian is a violinist. He is also black. Rough neighborhood, poor, hand-me-down clothes, welfare mother, no direction of encouragement, black. We open to the story with Ray preparing for the Tchaikovsky Competition. He is nervous but fully focused on the task at hand. In the beginning, I could not understand the author’s focus on how Ray was being presented. The author almost wants the reader to buy into the imposter syndrome idea before we even knew it was a central thing. Ray is really talented, not necessarily a prodigy, which would have made this book a little boring. Ray has practiced and dedicated his life to learning and playing the violin. He has done so without the support of his non-working mother and bittering aunts and uncles. He has practiced and learned in the face of blatant racism at his school and even from people he would call friends.

And he has done it with subpar materials.

As we move through the story in a series of flashbacks, we see that Ray got his start with a rental violin from the school. It is worn and since his mother does like him “messin around with that music in my house” He has a bad neck rest and insufficient mutes for the instrument. Reading this part of the story moved me because I remember when I started my journey into classical music. I had a rental instrument and begged and begged my mother for my own flute. The rented one was always dingy and having to turn it in for inspections or over breaks just took away from my opportunities to practice. Unlike Ray, I had a loving and supportive mother. In my 6th grade year, I got a present. I will never forget it because it was the ONLY present I got that year. We were and are not rich, but I usually got a few presents of varying values every year. It was wrapped in gold paper with a cheesy gold/yellow bow. My mother bought me my own flute. While I would continue to play enthusiastically for the next 8 years; at some point, I lost the passion and sold the flute. It would be another 10 years before I learned what my mother did to get that flute and how much she sacrificed. I have since apologized and hopefully made up for the serious lack of judgment. I say all that to say, owning your own instrument is important for those who love making music.

The author does give Ray bits of hope throughout the story. Ray’s grandmother is a standing rock. She supports him, loves him, and encourages him to “keep playing the fiddle” It is not seen until the end of the story, why the fiddle is so important to the grandmother, but you feel her love for her grandson when she finds the old instrument her “PopPop” played. The other bits of hope comes from the main character. There are moments in the story that make the reader cheer hard for the main character. Every time Ray stood firm in his talent and played in the face of racist people, I saw the hope of a happy ending. One of my favorite passages is on page 259. It says, “The crush of people scared him for a moment but he realized that this was his tribe, people whose lives centered around music—He fucking belonged up here.” Another favorite passage is when he throws their racist stupidity right back to them during contract negotiations. He lets them know that he is a real musician and if they want a black dude to “play the jig”, then they are talking to the wrong guy.

We learn again through flashbacks that the fiddle given to him by his grandmother is a Stradivarius. A Stradivarius violin is a rare instrument originating in Italy. There are a limited number of original instruments in the world, and most are valued at over 5 million dollars. Just before his prestigious competition, the violin is stolen. Is it a jealous competitor who hates the fact that he is even in the running for first place? Is it his family members who have sued him claiming that the violin belonged to them, and they should be free to sell it for an enormous profit? Is it the family of the slave owner who gifted it to Ray’s great-great-grandfather upon his Freedom Day? Ray fights racists in academia and in his professional arena, he navigates the world of fame and riches, and he prepares for the most important contest of his life. He does all of this while trying to get back what is stolen from him and make his mark in history as a premier soloist.

The importance of this instrument is the pinning plot of the story, but it is not what I love most. What I love about this story is the other bad guy. The invisible villain most of us face. That evil that runs rampant in today’s world. The one that says if you are a black kid from the hood; you are destined to be nothing. Ray’s mother bought the notion easily. She wanted him to get a “good job” at the hospital cafeteria or Popeyes. She did not want him to attend college or play shows. She would not accept that he could not do more than what she could envision. I simultaneously hate and love how the author never really explains the “why” for the mother’s characterization. We don’t have a Dr. Phil moment where the reader understands the mother’s hurtful ways. I think that it could have been added to the story, but ultimately in real life, during the span of a child’s life, they often do not know.

This story is so realistic because it mirrors real-life struggles. For black people, we have to do impossible tasks all while fighting uphill battles that other people do not have to fight. The right to play music, to make a living doing what you love should be inherent to all. But it isn’t at all how it works. I can’t tell you how many times I have heard “You are the librarian?” or “You are in charge of the books?”. It’s been more times than I can count. For some, it comes as a shock that I have been given the key to knowledge and information that once was blocked for people who look like me. I am so glad I have the confidence to say BOOKS ARE FOR ALL.

This is a story of legacy, greed, and due honor. I loved the overall message of this story. It told me that I am not alone in my struggle for acceptance and confidence in my chosen career field. While my role as a black librarian does make me a bit of a unicorn, I owe it to myself to stand strong and represent. I am not just representing African Americans; I am not just representing librarians and public service members. I am representing my family by creating a legacy that they and others can look back on and remember. I am representing future generations of individuals who will be doubted, teased, and laughed at for loving books more than clubbing. I am a librarian for all.

Reading That Moves You 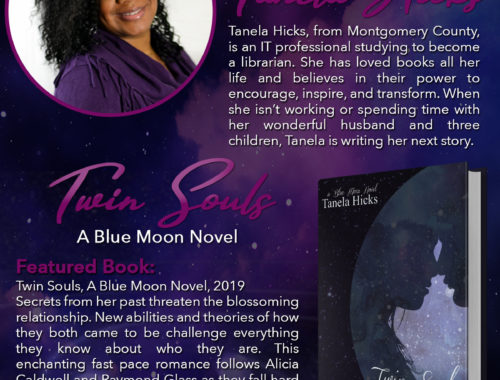 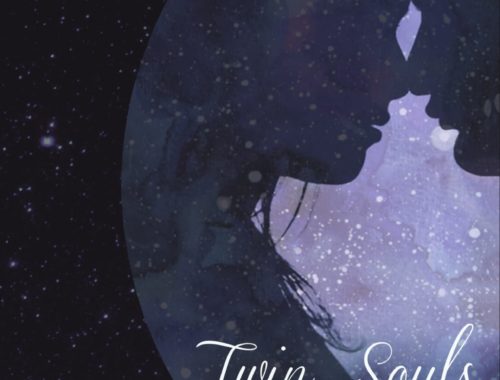 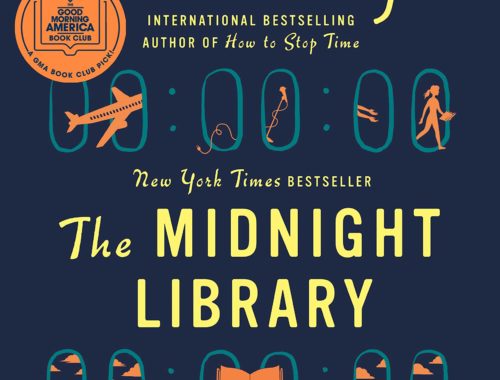 Reading That Moves You